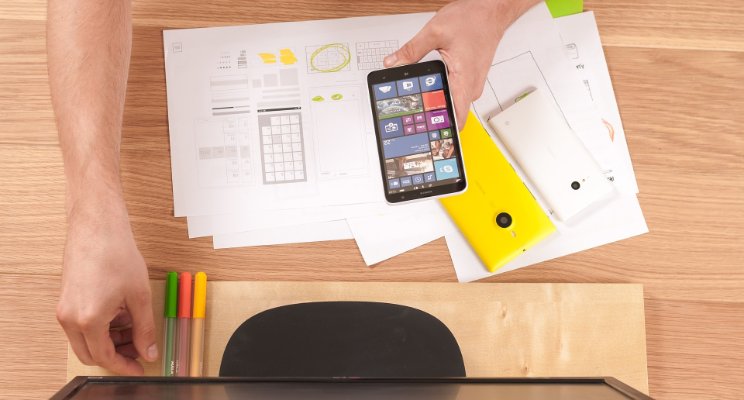 User experience in system design and development emerged soon after we started masking our highly complicated command-line systems with Graphical User Interface, enabling non-technical users to operate the system. Technological advancement and commercialization resulted in a growing number of end-users with a high level of diversity. Expecting end users to have no technical knowledge and need for ‘simple to use system’ forced system designers to incorporate user experience in the interface design. Declaration by Microsoft’s CEO, “We are in the experience business” in the 2015 Windows 10 devices event [1], shows the importance of user experience in system development.

Today, there are different technologies like web, mobile, wearable, etc. with various platforms like Linux, Windows, Android, etc. Software development on these platforms is not about what your system can do, but is about how easy it can do with no metrics to measure ‘how easy’. Good user experience involves more unconscious interaction of the user with the system [2]. Statistics show that after a bad user experience, 88% of users are less likely to return on a website [3].

Following standards in system design explicitly contribute towards excellent user experience and increase the productivity of the user. For example, a standard of keeping the menu bar at the top or on the left of a website makes it easy for users to find the menu. Placing the menu elsewhere will make users search for it and lead to frustration.

Basic user experience standards should be applied to every system design, regardless of the platform. The principles of basic standards are: recognizing diversity, following interface design rules, and error prevention [4]. The top rules include consistency, the reversal of actions, and accessibility. ISO 13407, ANSI 354, and WAI are the three most popular usability standards [5].

Accessibility is one of the best practices in user experience basics declared by the United States government [6] and also created a law requiring all government information to be accessible to the disabled people [7]. The system designers often ignore accessibility in their design, which may result in severe consequences to a disabled person, for example, the threat of losing the job and emotional breakdown [8].

Consistency, i.e., layout, color, buttons, input-output field, etc. must be consistent throughout the system is a golden rule followed by accessibility, which is also frequently violated [9]. It helps in increasing productivity and, if ignored, will confuse the users.

Errors are an integral part of the system. They occur when the user performs actions outside the normal course of the system. The best practice is to prevent errors by having consistency and knowing all possible user actions. The other is to minimize the effect of error as possible by using reversal of action [10].

Web and mobile technology have the most extensive user base and demand more software development. There is a growing number of user experience standards in these technologies, predominantly responsive design for web, material design for Android, and flat design for iOS. Most system designers, especially beginners, only focus on the system functionality and development aspect and never learn about these standards, which results in poor software performance.

An increase in web access from smartphones and tablets resulted in a responsive web design standard, which requires a website to adapt according to the screen size of the device. The practice of creating a separate website for mobile devices is now obsolete with one site fits all standard [11]. The primary method for making website responsive is using CSS media queries [12]. The recent trend gave birth to a new standard called ‘Mobile First Design’, which is similar to responsive web design but in reverse order. Designing starts from a small screen to the big screen [13].

With more than 80% market share in the smartphone platform, Android is the top-ranked mobile operating system in the world [14]. With the increase in hardware configurations and features, the Android app store is flooded with a lot of apps. The critical aspects of smartphone app design include consistency, customization, and selection of framework, theme, and icons [15]. Google introduced a standard for the Android platform in June 2014 named ‘Material Design’ [16] and continuously encouraging app developers to use it. With material design Google wants all of the apps to follow one universal standard that will increase the usability of applications.

Major conflicts in following the standards arise in cross-platform software development when there is a need to develop the same software for multiple platforms. There are two choices for the system designers, first is to design system using the platform-specific standards specified for each platform. The second is to develop a common user interface and implement it on each platform, regardless of platform-specific standards [19]. The best solution and current trend are to keep a common user interface and using only the necessary platform related standards. For example, you can see the platform-specific user interface differences in WhatsApp application on Android and iPhone. At the same time, there are no visible differences in the Google maps app on these platforms.

Following are the steps system designers should follow in the user interface designing stage of the system development:

The only difference in steps for cross-platform software development is to decide on the selection of common user interface or different interface according to platforms before designing and implementation steps.

Often ignored, evaluation, testing, and iteration are crucial aspects in the above steps [20]. There are different tools for assessment of user experience, for example, UX Curve [21] and usability testing using eye tracking [22] and surveys that should be used for creating a compelling user experience.

System designers ignore user experience standards because they either underestimate or overestimate these standards. System design is not about creating a wonderful system but is to create a system that will fulfill the needs of its users [23]. For this, a successful interaction between user and system is required. User Experience standards play a vital role in human-computer interaction by increasing the usability of the system and the productivity of users. However, the main component of interface design is testing and iteration; therefore, system designers should iterate on their interface according to the latest standards and trends.